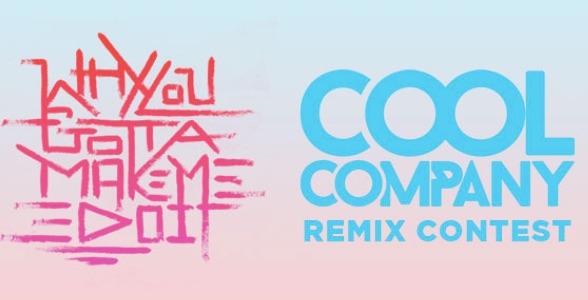 Cool Company is a Brooklyn-based duo composed of vocalist Yannick Hughes (aka Cool Yan) and producer Matt Fishman (aka Fat Matt). With influences that range from Stevie Wonder to Outkast, they are known for their energetic, infectious grooves and Cool Yan’s versatile and expressive voice.

They released their self-titled debut in May of 2013 and in 2015 released their biggest song to date – the pop/electro single “Call You Back” (100K+ Spotify streams to date). 2015 ushered the release of their most recent project, the feel-good Summer Daze EP, led by the laid-back single “Simple Things”.

Now Cool Company wants you to bring your own fresh approach to their new, upbeat track “Why You Gotta Make Me Do It”. With this single Cool Company effectively brings back the upbeat/poppy style of “Call You Back” providing a taste of things to come from September 2016’s upcoming full length project.