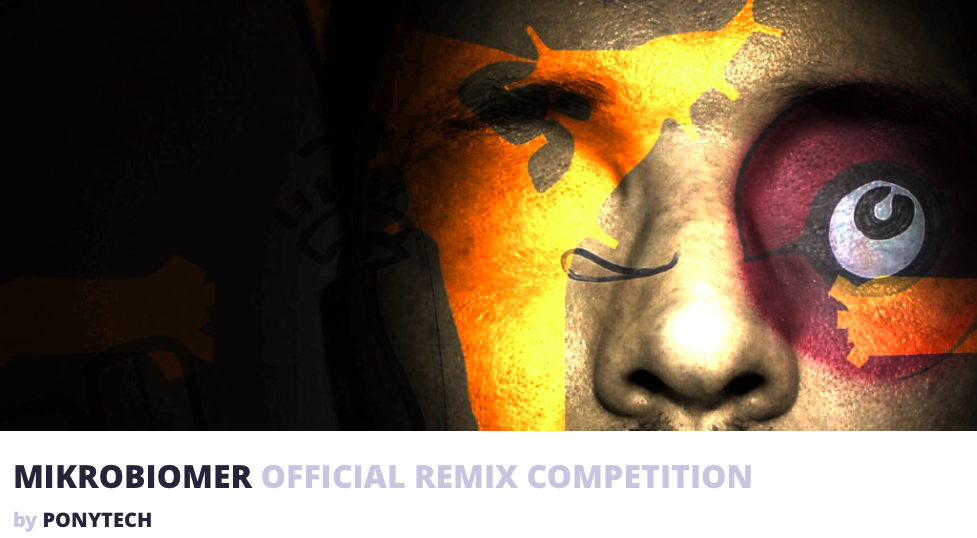 Remix Contest; we have Ponytech’s ‘Mikrobiomer’ on Twisted Recordings. If you’re at all into the tribally, techno, and techy side of things then you know what we’re talking about.

Got what it takes to become our next Remix This champion? Then enter your remix by December 21, 2016 for your chance to win one of two exclusive prizes.

ARTIST BIO
The pseudonym Ponytech (aka Alexander A. Rein) was born after a long and sweaty night dancing in Glasgow’s once great club venue Soundhaus around 2003-4. The details are blurry, but Ponies and Techno are believed to have been involved.

The club scene in Glasgow has had a big influence on cementing Ponytech’s appetite for industrial sounds and bass heavy rhythms. Although he enjoys experimenting with various styles, his main passion is thumping techno with a slightly melancholic twist.

Ponytech really made a presence with “Ponytech – Auntie Depressant”, after a solid review from The Noise Gate http://www.thenoisegate.com/jourdan-bordes-pony-tech-welcome-pony-show/ – Auntie Depressant currently has over 60K plays on Soundcloud and was released on EJ Underground in 2014.

In 2015 Twisted Recordings discovered Ponytech and instantly loved his sound. Since then this Norwegian has released many originals and remixes on Twisted Techno, Twisted Recordings and Plethora Muzik (soon), all part of the recently established SubTech Collective, alongside Martin Skirving, WLSN, Elek-Fun, Christian Tilt, Curtis Randles and Jeffrey Tice to name a few, which has gained international support from big names such as Laurent Garnier, Ritchie Hawtin and Paco Osuna.

Looking forward, Ponytech is already involved in several projects which will release in the months to come and 2017 might just see a debut album on SubTech Collective.