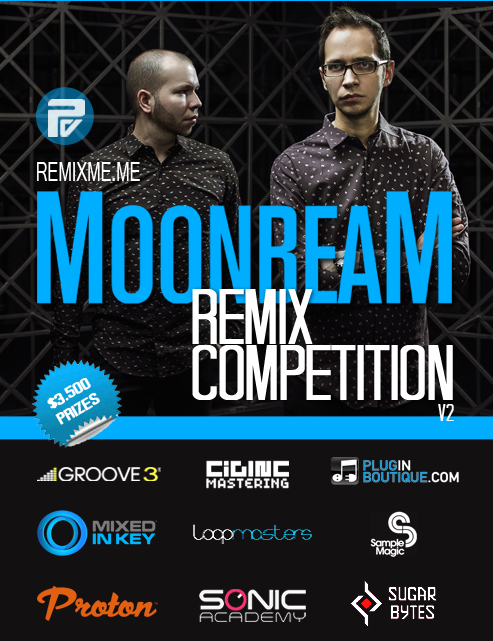 Two brothers united to one sound & vision – such is the source of Russia’s illustrious, industrious Moonbeam. Following their formation in 2006, Pavel & Vitaly Khvaleev’s unique spin on electronic dance music swiftly won them favour with tier-1 DJs. Underlining its diversity, over that time their studio-ware has been as regularly supported by the likes of van Buuren, van Dyk, Schulz and Corsten, as it is Tiësto, Axwell and Digweed. Through many 100s of DJ sets and live Moonbeam shows, they’ve now soundtracked hundreds of thousands of electronic music nights for clubbers around the world. In 2009, propelled by their productions & performances, they entered DJ Magazine’s annual list of the world’s best DJs. With 3 official full-length artist albums already marking waypoints in their career, early summer 2015 heralds their fourth, the highly anticipated ‘Atom’.

Originating from the major east Russian city of Nizhny Novgorod, as both DJs and a live act, Pavel and Vitaly have built up an impressive reputation. Their captivating stage performances have built up a staunch home-country fanbase bedrock. To date they have held sway over numerous mainline events, tent-pole festivals and iconic clubs. In 2010 they supported Tiësto on his tour of the Ukraine and in 2011 rocked the goliath Kazantip festival. As their music’s begun to burgeon worldwide, demand to see the brothers themselves perform abroad intensified, now spreading as far a field as China, France, Japan, Czech Republic and South Korea.

(People who shared will be the first to be listened. People who didn’t share bare the risk of not being filtered, as we are taking in a limited amount of remixes during the filtering stage)
3- Submit your final remix SNIPPET ON THIS SOUNDCLOUD GROUP (Only remixes that match the below rules will be accepted)

PLEASE READ THE RULES BELOW TO AVOID BEING EXCLUDED !!!
Rules:

– Remixes posted on the Soundcloud Group should be named exactly as shown below (Just edit “your name” and keep the rest as it is):

– Remixes should be posted in the Soundcloud Group ONLY ONCE
– Remixes should be uploaded as SNIPPETS or PREVIEWS (of 4 minutes max) and not as Full Tracks
– Uploaded Remixes on Soundcloud should have the REMIXME.ME LOGO as its cover. You can GET THE LOGO HERE
– Samples, Loops , and Soundfonts should be royalty free or exclusively designed by the Remixer.
– A limited number of remixes will be listened and filtered, starting with the remixers who have shared This Poster on their Facebook Wall. To ensure you will be heard, please share The Poster on your facebook Wall and caption it “I AM IN”
Info:

– You can submit your remixes until April 15th 2016
– Remixes will be filtered between April 16th 2016 and April 24th 2016
– Remixes that pass will be posted on the REMIXME.ME website for voting starting April 25th 2016
– Having More ”Likes” or “Plays” is not the only way a remix can win, however, the more “Likes” and “Plays” it gets, the more we take it into consideration.
– Winning Remixes are selected by Per-vurt Records and by Moonbeam. Again, More “Likes” and “Plays” would push the remix forward !
– The remix competition has no restriction on the style you choose to make, however remixes under the Progressive House, Progressive Trance, and Techno styles get the most attention. – Final results will be exclusively posted on the Facebook Page on May 9st 2016.
– Official release date is June 10 2016 Exclusively on Beatport then all major online stores (iTunes, Juno, Djdownload…)
– No one is a loser on this competition, remixers who do not make it to the first 3 places are to be followed up by the Per-vurt Group with all its labels.