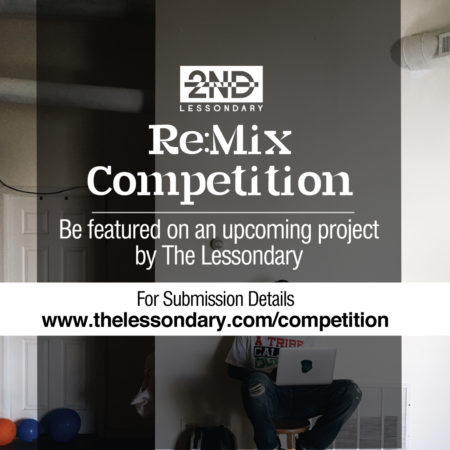 After releasing one of last year’s most well received albums Ahead of Schedule, Hip Hop super-group, the Lessondary are already hard at work on a followup LP. The group’s single, “Introducing”, reached #1 on the college radio charts and was a huge hit. Now we’re looking to hear an alternate take on the group’s famous posse cut.

Download the acapella for “Introducing” via the link on the Original Remix Contest Page and submit your final remix to lessondarybidness@gmail.com no later than January 30, 2017. The winner will be featured on an upcoming project by the Lessondary.