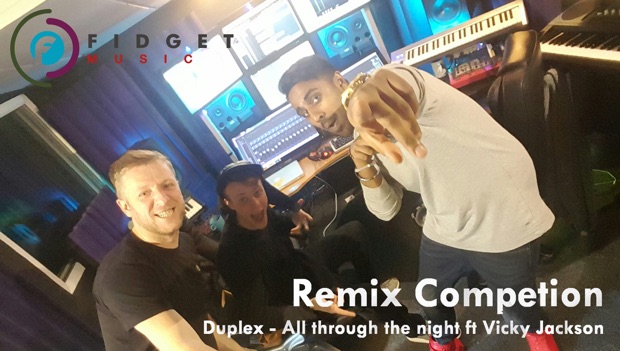 10 Jul Remix Contest “All Through the Night”

Remix Contest “All Through the Night”

Duplex – All Through the Night ft Vicky Jackson was our debut release, peaking at #9 in the UK’s Top 40 Upfront Club Charts and #11 in the Music Week Commercial Pop Charts. And now we’re handing the track over to you to come up with a new take on it.

We’re releasing acapellas from the track for download from our Soundcloud page, or purchased from Beatport for you to use in a remix of “All Through the Night” to be entered into our remix competition (or just to release on a non-income generating basis).

As well as the Original acapella at 175bpm (87.5 bpm halfspeed), we are also releasing the acapella from the Dancing Divaz mix at 122bpm.

Use of the acapellas, whether for a competition entry or not, must be per the terms & conditions here.

To enter, upload your mix to Soundcloud and submit it via the form on this page.

Submissions will be posted here with an option for people to “Like” their favourite remix.

The prize for the winning mix is £200 and a release on the Fidget Music Label (subject to the t&cs).

The deadline for entries is 31st August 2016. The winner(s) will be announced within 14 day.