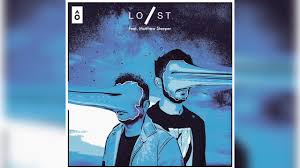 Lost Stories began their journey in 2009 and immediately rose to prominence when their single ‘False Promises’ was released on Tiësto’s Black Hole Recordings. More support followed as the likes of Armin Van Buuren supported the track and Lost Stories began being recognized as the Indian talents to look out for that year. Ever since, Lost Stories have been responsible for captivating and spearheading the Electronic Dance Music scene in India and have successfully taken their reach globally. Their recent European Tour became the most major extensive International tour any Indian artist has ever done.

Now Lost Stories want to hear the talent you have inside you. Remix their single “Faking It” for the chance to win an official release through Saavn, $1,500, and a signed merchandise package.

“Faking It” is 80 BPM in the Key of E Minor
If you post your track on Soundcloud or Youtube make sure to tag it with #TheLostStories #remix & #Splice.