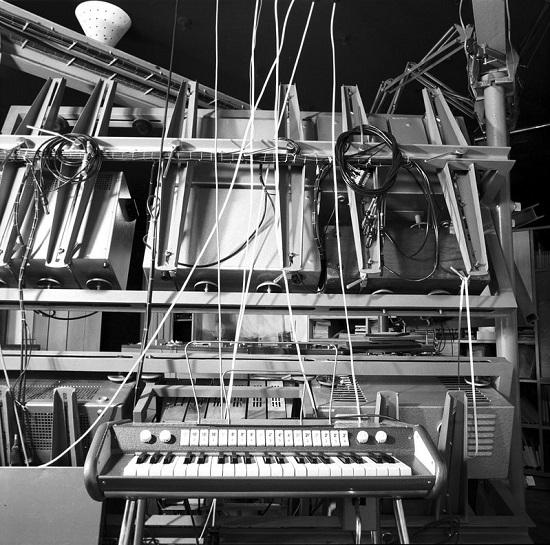 We’re asking YOU to create a new piece of music from an archive of samples from the pivotal Polish Radio Experimental Studio, with the winner receiving a hefty cash prize.

Would you like access to an archive of samples from the Polish Radio Experimental Studio, and the chance to win 2,000 Euros by creating a piece of music from it? Lucky reader, you now have such an opportunity, with tQ teaming up with Poland’s Adam Mickiewicz Institute for a brand-new competition. We’re looking for your compositions, between 180 and 360 seconds long, to be judged by a panel made up of ourselves and the AMI.

You can download the archive of samples at the original remix contest page, and submit your composition made from them to presrebooted@iam.pl before 31 August to be in with a chance of winning. Please make sure to read the full terms and conditions here before you do.

Winners will be selected by the 5-member jury apointed by the organizers of the competition in accordance with the following criteria:

The Institute has already commissioned a number of musicians from Poland and beyond to work with the material, including Mouse On Mars and more huge names to come. Stay tuned to tQ over the coming weeks to hear them, and for a special post sharing the winning composition.

Says the Institute’s Michal Mendyk: “We believe that the work of composers and sound engineers from the Polish Radio Experimental Studio has much more to do with the attitude of contemporary ‘electronica’ artists than with typical experimental music composers. Actually, we think that some of the work done in PRES could be considered as a pioneering work in contemporary sound production and the sound design field.

“That’s why we decided to create a samples library with Ableton – to show how attractive pure sound material from PRES could be for contemporary artists. The next step was commissioning new works from such artists as Mouse on Mars or Zamilska and organising an open competition. The Quietus seemed a perfect medium for this purpose – juxtaposing very different music and art genres, and presenting profound insight even in popular cultural formats.

Between 1957 and 2004, PRES stood as one of the most pivotal nuclei for the development of truly boundary-pushing music – not just behind the Iron Curtain, but in the history of the 20th century. Some of the greatest experimental composers in history passed through its gates, from Elżbieta Sikora to Krzysztof Penderecki, and the breadth of their archive is nothing short of astounding.

Conceived by the Communist official and culture minister Włodzimierz Sokorski, and established by musicologist Józef Patkowski, PRES was primarily envisaged as a space to create sound effects and soundtracks for TV, radio and film, but almost instantly became a space for radical investigations into the possibilities of tape music in its own right, and one of the few places in the Eastern Bloc with electronic music equipment, and engineers with the aptitude to handle it.

Before long, despite its ‘official’ purpose as a soundtrack lab, the PRES was churning out some of the most boundary-pushing noise of the century. Akin to institutions like GRM in Paris, or the Studio für Elektronische Musik in Cologne, though the composers that passed through its doors have not garnered the same fame as say, Karlheinz Stockhausen or Pierre Henry, they remain no less pioneering.

This competition is organised in collaboration with the Adam Mickiewicz Institute as part of the Polska Music and POLSKA 100, the international cultural programme celebrating the centenary of Poland regaining independence.

It is financed by the Ministry of Culture and National Heritage of the Republic of Poland as part of the multi-annual programme NIEPODLEGŁA 2017–2022.

Entries must be submitted before 31 August to presrebooted@iam.pl. Please read the full terms and conditions here before you do.

Link to ORIGINAL Remix Contest; Remix The PRES Archive For €2,000!