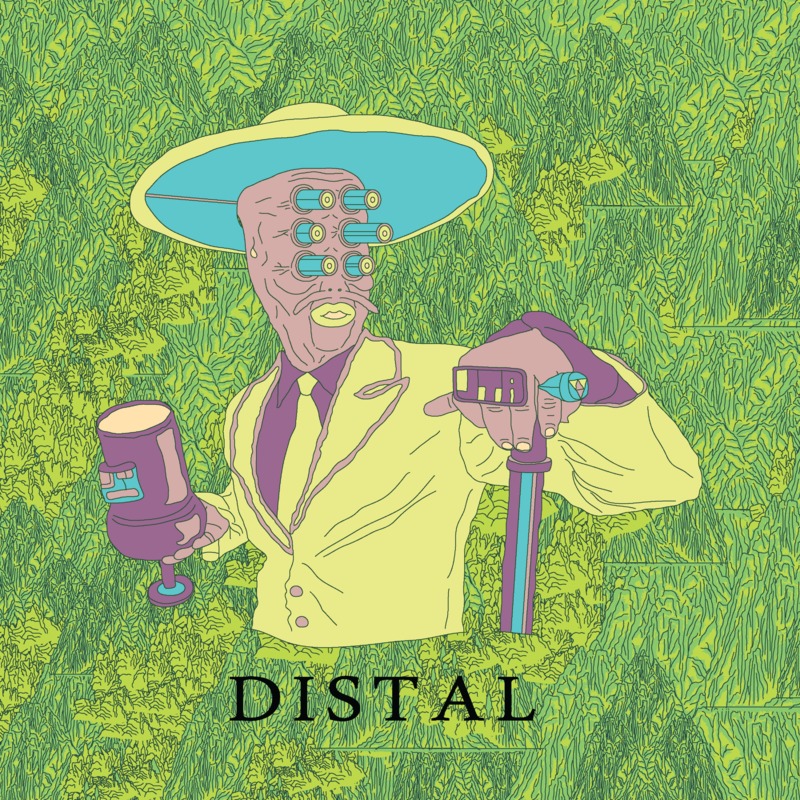 #RemixDetroit offers creators the exclusive opportunity to remix their musical heroes and get discovered in the process.

First up, it’s DISTAL’s spaced-out jam, “Psychomagic in an Adobe Home” taken from his latest EP on his ANARCHOSTAR label.

Got what it takes to become the next #RemixDetroit champion? Enter your remix by April 26, 2017 for a chance to win one of three exclusive prizes including two VIP passes to Movement 2017 (no airfare), Native Instruments Komplete, an official commercial release and a LANDR Professional Subscription.

#RemixDetroit winners will be chosen by the original artists themselves.

** Master your track for free with LANDR before you submit.

You will be led to a LANDR signup page, and two free WAV master credits will be associated with your account automatically. There will be no need for anyone to input a coupon code – when you master your tracks, you will not be charged.

ARTIST BIO
Since releasing his 2010 debut 12” on Soul Jazz Records, DISTAL has been on a steady escalation since. Bagging 17 vinyl release, including his first full length on the famed Tectonic Recordings imprint, and remixes for such industry standards as Om Records and Soul Jazz.

Next of kin to the studio is performing live. Distal has enjoyed numerous successful tours of the globe including visits to South America, Asia and Europe, and on numerous occasions having the distinct honor of playing Fabric in London. Inspired from his recent 2nd full-length album ‘Retrograde Space Opera’ on the newly minted science fiction themed label and psychedelic story ‘Anarchostar’ Distal has recently contributed again to Brodinski’s ‘Bromance’ label as well as planning a handful of EP’s and another album on Anarchostar in 2016.

GRAND PRIZE!
Enter to win two VIP passes to Movement 2017 (airfare not included), Komplete from Native Instruments, free LANDR pro subscription ($299 value per winner), and an official commercial release of the winning remix*. (*at the discretion of the artist and label)