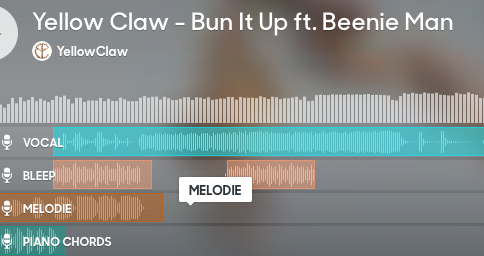 Yellow Claw is excited to collaborate with Splice to give their fans a chance to offer their best remixes of the tracks from their new album Blood For Mercy – “Bun It Up.” Fans will also be able to work with a vocal from legendary reggae artist, Beenie Man!

This is an opportunity to any and all fans to show Yellow Claw your producer chops. In the current climate of electronic producers, anyone can make the next HUGE remix! It is with that in mind that we offer this contest to all YMFC fans. Yellow Claw wants to see what you can do with this track – make something dope and potentially completely unexpected.

Yellow Claw – Bun it  up

Yellow Claw has such faith in young producers out there, that they will be offering the winning remix to be released as apart of the upcoming Blood For Mercy Remix Album! The grand prize winner will also receive a plugin bundle from Cableguys and Jetpack Prime bag. The most voted on community pick will receive a year subscription to Splice Sounds.