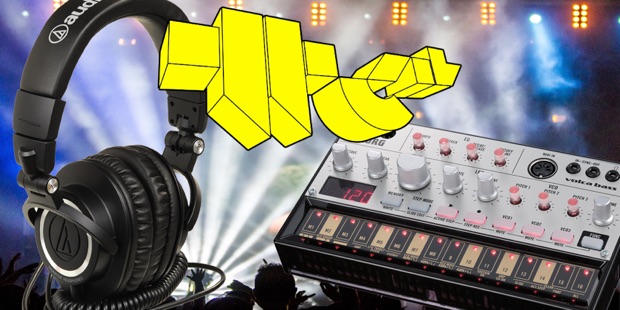 Glad you’re going to be a part of our first Remix Competition.

Aside from being one of the creators of the app, you’ll probably know from my blog rants that I also make music.

I haven’t had a great deal of time to do much this last year with TAD going a bit nuts, but I’ve been beavering away on some new stuff under the name ‘Verlies Projekt’ (I’m based in Germany at the moment and I have an underground bunker studio I call the dungeon. Verlies Projekt is German for Dungeon Project)

As I’m releasing a new track pretty soon I wanted to make the stems available for you guys as I KNOW there’s some amazing producers and musicians here that follow us.

And as an extra incentive I thought why not make it a competition with some….

So, as well as getting your track on the official release on Illicit Records, UK (Fatman Scoop’s UK label home!)

We’re also throwing in £350 worth of studio gear as a prize for the winner – a pair of lush Audio Technica ATH M-50 Headphones (what I use for monitoring/ late night mixing – the BEST I’ve ever used) and a Korg Volca Bass Desktop Synth for those fat analogue sounds you sometimes can’t get from a plug-in.

The track you’ll be remixing is an electro cover version of an 80’s one-hit wonder by Fiction Factory called ‘Feels Like Heaven’.

There are no rules as to what you do with this remix so go an nuts as you want (the more the better probably!)

Entries close on September 25th, the winner announced on the 1st October with the official release pencilled for a couple of weeks later :-0

Can’t wait to hear what you guys come up with. Good luck!

You’ll get details of how to submit your remix in the email confirmation, so be sure to look out for that, but we also need you to join this Facebook Group – so we can all get feedback and advice: